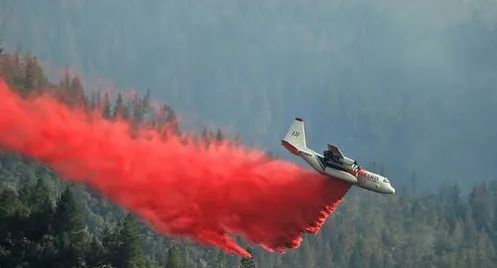 The AGC is Dedicated to the Environmental Protection of the Earth

It is the only thing that ever has.

PFOAs and PFOS Firefighting orange Foams ARE THE KILLER

FireStopper International Limited, a transnational Registered Company, is the developer of the most advanced and powerful firefighting technology in the “World”.

FireFighter  devoted the first 25-years of its existence to R&D and the recipient of subsequent stand alone testing results in ratings and certifications by the most recognized and respected third-party testing and listing facilities in the world.

Moreover, this unique Technology has rendered the only available all fire class effective and anti- explosive products, which are non-toxic, non-irritant, environmentally safe and non-hazardous over all other existing and available products in the fire and safety channel of business.

In the last 40-years many have represented to have a portable extinguisher device or agent that would extinguish every class of fire as defined by Government or .NFPA

. However, in order to prove to the market that their representations made are factual, these pretenders would need to submit their product to be tested and achieve a rating according to recognized Standards.

Time has demonstrated that none of those pretenders nor the major recognized fire protection companies, who dominate the market place, have been able to meet the level of certifications FireStopper® has achieve thus far.

Having proven the former statement through the outstanding results of the products testing, rating, and certifications thus received, FireStopper®, in tandem with its novel firefighting and anti- explosion products (the “software”), developed the most durable and reliable supporting hardware and detection systems available today, which also meet and exceed the relative standards used to certify said product lines.

In the International arena, the FireStopper® brand is the recipient of the highest certifications in all category of Governmental requirements to market such as defined below.

1 This Standard refers to hardware durability, reliability and efficacy

In 2001, FireStopper® was invited by the BLM (Bureau of Land Management) and The BIA (Bureau of Indian Affairs) to assist in the extinguishment at the Virginia Lakes Complex fire in the State of Washington (the largest fire of that year in the U.S.) and to protect all structures in the line of fire.

· None of the structures that were pre treated with FireStopper® AB40002 FFC (Fire Fighting Catalyst) caught fire or were damaged by the fire.

· FireStopper® was invited to provide its product to guard in the event of a breach of the fire protection perimeter. At the first incident where the fire broke through, FireStopper® was deployed in the tank of three (3) fire engines closest to the event and with this limited lineup of apparatus, they were able to stop the progress and extinguish the breach, which engulfed approximately five (6) acres.

· Based on the overall performance, FireStopper® AB40002 FFC was additionally deployed through an all terrain vehicle equipped with a firefighting kit to a cleanup an approximately six (6) acre perimeter, which singlehanded it completed the task in record time. There were no smoldering spots or flair ups in the assigned perimeter.

AB40002 FFC is a six (6) percent foaming concentrate, which unlike other aqueous foaming concentrates, e.g., classes A foam or AFFF, is designed for use against all fire class events. This FFC can be deployed from an airborne system or ground application without the need for special equipment, training or the need for additional safety overwear.

Moreover, AB40002 FFC is certified Non-toxic, Non-Irritant, Non-Aggressive and safe to the environment unlike the currently employed forestry products, but more specific, the widely used Phos-Chek slurry that requires time consuming, in the field compounding or the marginal effective, class A foam. None of the products currently employed by forestry are “GREEN”/environmentally safe (except water) or efficient enough to quickly put an end to the fire event.

· It is effective on all classes of fire, which as a factual component of wild land fires, class “B” (hydrocarbon: oils and turpentine) are a volatile component of tree fuels. In addition, in the wild lands fire events there is no guarantee that these fire events limit their flammables. The fact that FireStopper® is effective on the additional class “D” (flammable metals) and “K” (cooking media fuels) will provide never before protecting in the course of wild land fire fighting.

· None of the current products employed, including water, have the temperature reduction that FireStopper® provides. AB40002 FFC is tested to reduce environmental temperatures from 1800ºF to under 130ºF in less than 40-secs. At these hot temperatures, water normally breaks down to oxygen and hydrogen becoming additional explosive fuel to the fire environment; class foam is marginally wetter than water, it will not provide the cooling effect necessary to extinguish these massive events.

· AB40002 FFC is designed to be deployed as a fire break and has been effectively demonstrated in major wild fires in the State of Florida, Baker County, please view the following link: (https://www.youtube.com/watch?v=M_mrxcdwTWU)

· Due to the efficiency and reliability of this product, the end user will derive economic advantages never before available, e.g.:

By usage/application: FireStopper®’s efficiency on the fire will reduce the amount of product needed to extinguish the fire event, thereby reducing cost of product, cost of man-hour, cost of equipment and more important cost of life.

Long-term economic advantage, by employing AB40002 FFC the environment will be replenished faster naturally since this product’s residue is designed to aid in the reforestation without contamination.

Responsibility to provide safety is owed to the public by both Government and Industry. In current profound social and economic conditions, Government, Industry and the consumer cannot afford the risk of loss both materially and always risk to life. FireStopper® offers the only real security against the always present danger of catastrophic fire and or worst explosion.Tech

Are your customers raving about you on social media? Share their great stories to help turn potential customers into loyal ones.

FIRESTOPPER is ORGANIC, and causes no harm to the environment , groundwaters , nor does it burn it burn our firefighter's skin . nor does it cause cancer in our fire fighters. And , FireStopper immediately extinguishes wildfire, tire fires, and all fires, and does not reignite. FireStopper, sprayed on homes and fire lines , prevents fires from ever igniting . FireStopper's technology , can also prevent electrical transformers from starting fires from electrical transmission lines.

The United States Forest Service has been using PFOAs AND PFOS orange spray , upon our public national forests, from its aerial fire fighting tankers, for 50 years. FireStopper has proved its superior capabilities, years ago, to the USF , in Washington State , that the USF could not extinguish, but the USF stubbornly continues to only use PFOAs and PFOS orange firefighting foams, in its air tankers, on our Public Owned National Forests and BLM lands.

So what do we need to do ? We must urge Colorado Senator Michael Bennet ,who is the Chair of the Interior Department , which only has the power to control the United States Forest Service, to mandate, that the U.S.F. immediately stop the use of orange firefighting PFOAs and PFOS foams , in its aerial fire fighting tankers.